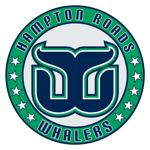 To develop serious, committed hockey players utilizing an intensive and progressive training format that provides players with opportunities to achieve their athletic and scholastic goals by advancing to higher levels within the game and by focusing on essential life skills, including discipline, self-respect, determination, hard work, and fellowship.

Whaler Nation, initiated in 1999 and formed as GHRTHA (Greater Hampton Roads Travel Hockey Association), was designed to provide a destination travel hockey program for the area’s finest players. The name “Whalers” is a reflection of our home region on the Atlantic Ocean. From its start, the Whaler Nation was the most traveled program in the league, firmly establishing a strong commitment to building a high-quality hockey program with high expectations for player success. Those fundamental principles continue to drive the Whaler Nation today, and are keystones of the Organization’s growth and achievements.

The Whaler Nation’s character and focus was originally incorporated as “HR” into a more familiar Harford Whalers logo. The logo was later transformed into a circle of stars, drawing a parallel to our respect and appreciation for our region's military. As a charter member of the CBHL (Chesapeake Bay Hockey League), Whaler Nation teams are formed at each level and scheduled to compete between October and March in the Northern Virginia, Maryland, and Washington D.C. region on the East Coast. The Whaler Nation’s home is Chilled Ponds in Chesapeake, Virginia. Chilled Ponds features state of the art training facilities, including a Strength Center, Bon Secours Health and Rehabilitation Health System, CP Bar and Grill, and ICE Industries full service pro shop.

In early 2006 owner Patrick Cavanagh realized that for Whaler Nation players to accomplish extraordinary athletic/ scholastic achievements, the Whalers needed to move beyond youth level hockey. Overcoming great resistance, Mr. Cavanagh was among the first to incorporate Junior Hockey to the Mid-Atlantic /South region, bringing the Whalers to the Junior Hockey level of play.

From the onset, Cavanagh demanded that the program represent a drive for excellence, discipline, sportsmanship, and a competitive spirit that continues to inspire the Whalers today. These fundamental values were realized early on when the newly formed Junior Whalers hockey team took top honors during the CHL Regular Season and Playoff Championship, having gone undefeated for the entire season, and thereafter moving most of its players to university hockey levels of play. The 06-07 season placed the Whalers and hockey in the South on the National Junior Hockey map and subsequently led to Southern expansion as far south as Florida.

The Hampton Roads Whalers, also known as “Whaler Nation,” remains true to its founding principles. It boasts a wealth of successful players now spread throughout the university hockey circuit and all the way to hockey’s highest achievement, the National Hockey League (NHL). These unprecedented and ongoing achievements continue to inspire the Whaler travel teams from the Squirt age group through to Midget leading to our Junior” A” Hockey teams in the USPHL (United States Premier Hockey League).

Whaler Nation remains committed to engaging an ever-expanding community with the sport of hockey, placing special emphasis on developing sports awareness and opportunities for many. This initiative is supported by Whaler Nation’s skilled staff and coaches, and is evident by the constant growth and excitement via the Whaler Nation Rec Hockey League and LTPH (Learn to play hockey) programs at Chilled Ponds, and underscored by a commitment to high level Junior Hockey that is second to none. Whaler Nation pride. Whaler Nation success. 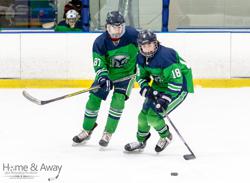 Is the premier skills development program in USA Hockey.  It is for male athletes ages 20 and under who seek a training and competition regimen similar to that of Professional athletes.  Junior Hockey prepares athletes for advancement into College and Pro hockey ranks.

"The Junior Whalers was designed to provide our regions elite hockey players the means to earn athletic-scholastic opportunities and mentor our younger Whaler players.  Our track record exceeds our original expectations as a result of the full commitment and effort from coaches, players, and our families support.  Without question our on-ice success is a result of the quality of people who make up our hockey community" said Patrick Cavanagh.

Whalers youth travel hockey is the on ramp to the junior program.  Whaler Nation director Brad Jones continues to integrate the highly successful Junior training process with the youth program.  "We want to provide the kids with the kind of training and opportunity we believe they deserve, and conduct operations with similar expectations of a professional franchise," says Director Brad Jones.

Entering his 12th year at Whaler Nation, Brad Jones continues integrating his professional coaching methods with our program's coaches.  "We're building a stronger organization.  Stronger organizations produce better coaches, who in turn produce better players.  I am committed to our coaching mentorship program to ensure our coaches positively lead our youth by improving their skill sets, their mental toughness, and their self-esteem to spur the kids on to greater heights in both hockey and life." stated Jones.  Whaler Nation is proud to feature Jones, Whaler Nation Director and Norfolk Admirals Director of Operations and former Captain of our original Whalers Championship Junior hockey team, along with former pro Greg Gatto and Whaler Alum Kody Rodriguez as full time leaders within our successful hockey pyramid.

While our objectives are simple, to give our players a competitive edge to achieve their goals, our regimen is not.  We've worked with NHL, AHL, collegiate, and Junior hockey coaching staffs to build a training program that is holistic in nature and targets not only the training of a hockey player, but the development of the total athlete.  We break it down into two key components:

"On Ice Practice"; an essential element within the sport of hockey.  We realize that high level achievement within the sport of hockey requires a significant amount of consistent time on the ice while maintaining lifestyle balance.  Whaler Nation offers more ice time than most any program in the nation, however, not all are mandatory events.  Each player and family commits to our mandatory and structured events but has a tremendous opportunity that is included in our dues to out skate and train the competition.

Whaler Nation places great emphasis regarding off-ice stregth and conditioning.  We offer all Whaler Nation players the use of our customized, exclusive Whaler strength and fitness center.  We are now proud to introduce player specific and monitored strength, felxibility, and core training with Bon Secours professional staff.  Each player will be tested at the beginning of the season and prepared with an age specific program that will be conducted by Bon Secours staff, one day per week, before on-ice practice throughout the entire season.  All of this programming will take place on site at Whaler Nations home, Chilled Ponds. 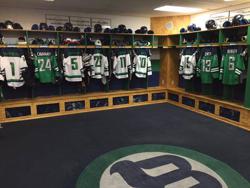