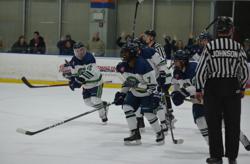 The Hampton Roads-Charlotte rivalry and last year’s championship re-match didn’t disappoint this weekend as the 2 teams squared off in a knock down drag out best of 3 first round series at the Ponds.

Charlotte drew 1st blood in game 1 with a power play goal at the 7:21 mark of the opening period.  At 13:20, the Whalers would answer with a power play goal of their own from Cody Wilson with the assist going to DJ Randle to knot things at 1-1 after 20.  The two teams would play a scoreless middle period and would battle tightly in the 3rd before Jorai Bart batted a puck out of mid air and into the back of the net on the power play at 12:49 from James Rowe and Cody Wilson to give the Whalers all the offense they would need for the 2-1 win. 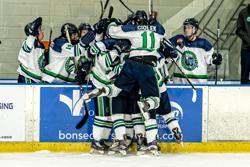 In what seems to be a yearly tradition, the Whalers and Carolina Eagles Premier teams met again in the USPHL playoff’s.  The Whalers came in as heavy favorites and their performance didn’t disappoint.

This game became a series of ups and downs, and big momentum swings.  The Whalers scored 3 times in the opening 12 minutes of period #1 as Matthew Hanchon, Thomas McGuire, and Jaxon Rutkowski found the back of the net.  The Eagles fought back, as they finished period 1 with goals at 15:57 and 18:13 to send the game 3-2 into the intermission despite a 20-5 edge in shots for the Whalers.  In the middle frame, the Whalers stalled out, as the Whalers only produced 9 shots on goal and were kept off the score sheet, meanwhile the Eagles would tie the game at 18:18 mark 3-3 headed into the final frame.  In the 3rd, it took the Whalers Conner Hunt all of: 18 seconds to restore the Whalers lead to 4-3.  The Whalers would pound home 5 more 3rd period goal, 4 of which came on the power play to pull away with the 9-3 win.  Matthew Hanchon had a hat-trick and 2 helpers, Brandon Osmundson had 5 assists, while Jared Sanchez has 1 goal and 2 assists. 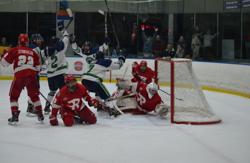 In a critical game 2, once again these 2 USPHL power house organizations traded blows.

Charlotte opened the scoring for the 2nd straight game, with a power play goal at 17:29.  It look all of :39 seconds for the Whalers to respond, as Mark Strazisar muscled his way into the Rush zone and ripped a shot home to tie the game 1-1 with the assist to Bryce Leger.  Once again, the 2nd period would go scoreless.  In the 3rd, the Rush would capitalize again on the power play at 7:36 to take the 2-1 lead, but the Whalers relentless 3rd period attack finally paid off with just 13 seconds remaining as DJ Randle’s shot found the back of the net from Mark Strazisar and Cody Wilson to send the game into overtime.  In the OT session, a sprawling Tanner Davis threw the puck on net, getting a bounce off a Rush defender and through the 5-hold of Rush goalie Luke Fox to send the Whalers back to the National Championship tournament in Boston with a series sweep.  Nolan Murphy and Mark Strazisar picked up the assists.

Charlotte held a 39-38 shot advantage.  The Rush were 2 for 8 on the power play while the Whalers were 1 for 8.  The Whalers finish the season series with a 6-2 record against Charlotte. 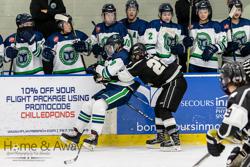 In game 2, the Whalers put forth a much more consistent effort to close out the series, as they scored twice each in the 1st and 2nd period and drove home the final nail in the 3rd.

Jacob Kaplan got the ball rolling at the 8:43 mark of the 1st from Conner Hunt and John Moncovich with a tremendous individual effort.  Just over 5 minutes later Matthew Hanchon picked up his 4th goal of the weekend from Brandon Leitz and John Moncovich to make it 2-0 after 20 minutes.  In the middle frame, Hanchon picked up his 2nd of the night and 5th of the weekend at 7:16 on the power play from Brandon Osmundson and John Moncovich.  The Eagles final got on the board at the 9:33 mark of period 2 with a seeing Eye shot from the point.  Two minutes later the Whalers would regain the 3 goal lead, as Brandon Osmundson buried a shorthanded penalty shot.  In the final frame, it was Hanchon who would complete his 2nd straight hat-trick at the 16:04 mark from Brandon Osmundson and Brendan Borg to solidify the 5-0 win and series sweep.

Blake Bjella made 23 saves in the win.  The Whalers had a 43-24 edge in shots.  Hampton Roads finished 1 for 5 on the power play while Carolina was 0 for 4.  The Whalers finished the season with a 7-1 record against the Eagles. 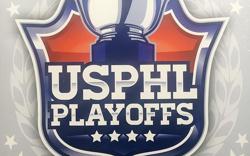 Match-ups and weekend schedule will be posted once finalized. 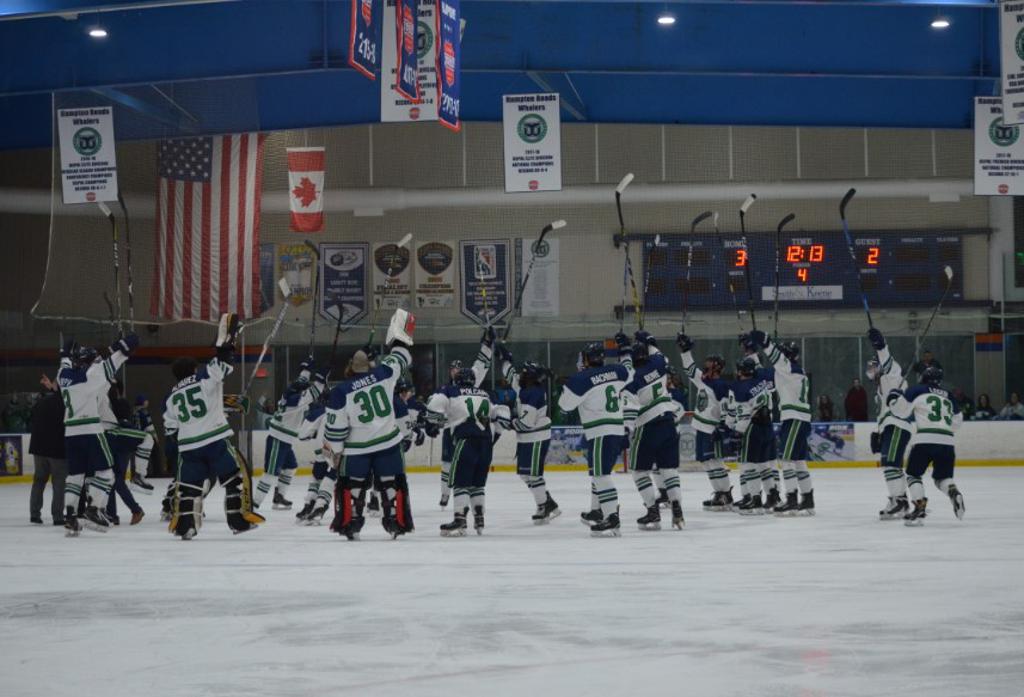 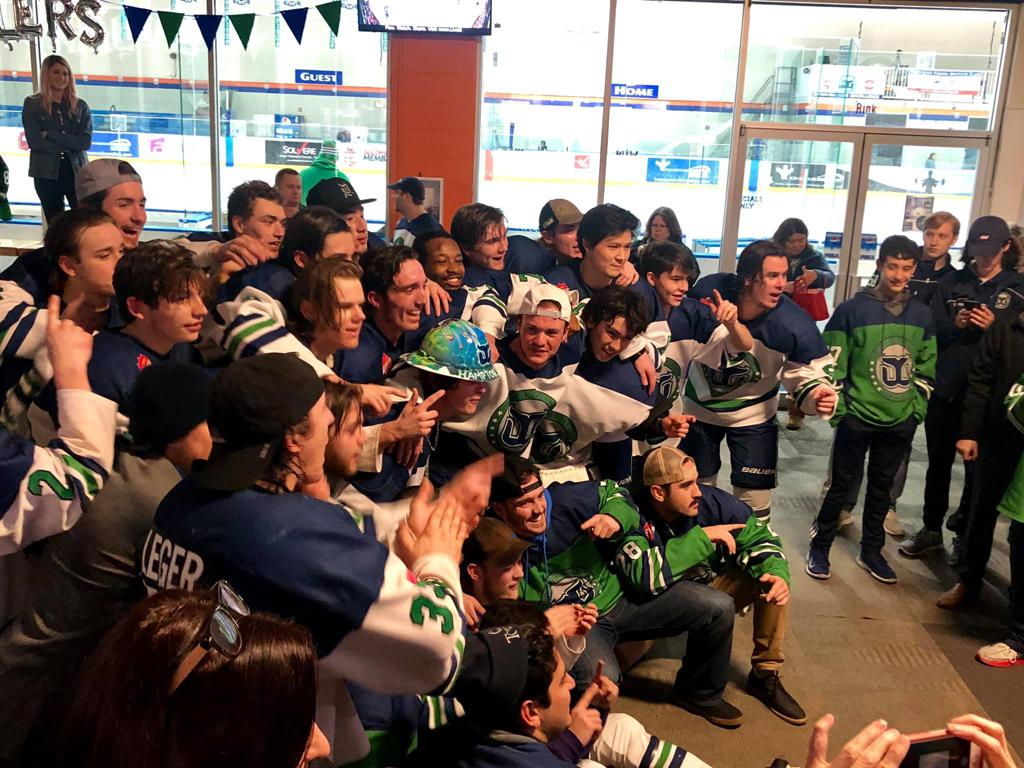 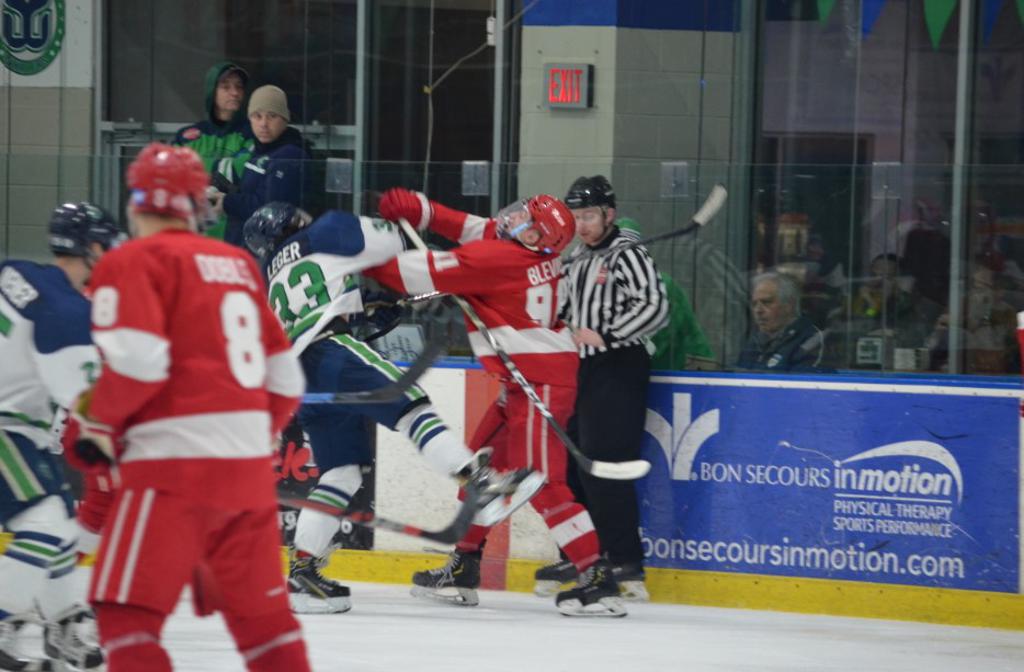