Game 1 on Friday night was a bit of a slow start for the Whalers Elite team, as they found themselves back on their heels, struggling to get the puck out of their own zone.  The Generals took advantage and struck on the 2nd shift of the game at the 1:04 mark to go up 1-0 early.  Once the Whalers settled in, they took control of the period, as they were able to quickly tie the game 1-1 and then add two goals just :39 seconds apart at 122:03 and 12:42 to take a 3-1 lead into the intermission.  In the middle frame, Richmond narrowed the gap to 3-2 at the 13:18 mark but the Whalers responded just :45 seconds later to make it 4-2 heading into the 3rd and final frame.  In the 3rd, the Whalers struck 3 times in the opening 6 minutes of the frame to make it 7-2 and cruised the rest of the way to take a 1-0 series lead.

The Whalers held a 26-22 shot on goal advantage.  Hampton Roads went 1 for 6 on the power play while Richmond was 0 for 3.  Ryan Lorenz and Adam Campbell served their 3rd of a 3 game suspension steaming from the fight February 11th against Carolina.  Kyle Ball was ejected from the game.  The Whalers lost Tyler Dienna for the season due to an upper body injury late in the 3rd period.

Game 2 on Saturday was a struggle for the Whalers, as they were never able to find their footing in a dominating performance from Richmond.  Once again, the Whalers found themselves down early, giving up another goal on the 2nd shift of the game just 2:01 into the contest to fall behind 1-0.  At the 8:57 mark the Generals would strike again to extend the lead to 2-0.  The Whalers finally got on the board at the 10:42 mark to cut the lead to 2-1 but the boys would fall back into the 2 goal hole late in the opening frame and the Generals took a 3-1 lead into the intermission.  In the middle frame, the Generals struck at 12:42 to make it 4-1 and the Whalers couldn’t muster much offense.  The final frame between the two team would go scoreless and the Generals tied the series at 1-1 with a 4-1 win.

Caelan Bolanowski scored the Whalers lone goal of the game.  Jacob Bennett and Bryce Leger picked up the assists.  Everett Yasinski took the loss in net with 23 saves.

Richmond held a 27-23 shot advantage.  The Whalers went 0 for 6 on the power play while the Generals were 1 for 3.  Kyle Ball served his suspension for fighting in game 1.  Nolan Cavanagh (Boarding) and Ty Brandt (Unsportsmanlike Conduct) were ejected from the game.

Game 3 on Sunday, the Whalers found themselves in a due or die scenario.  Win, and advance to Boston, lose, and the season is over.  The Whalers came out with some good early energy, but despite a 16 shot effort in the opening frame, couldn’t beat Richmond goalie Patrick Egdorf.  The Generals struck at the 10:34 mark on a defensive zone breakdown and took a 1-0 lead into the break.  In the 2nd period, the Whalers started to take over the game, and the Generals begin to have series penalty trouble.  At the 4:23 mark the Whalers finally broke the ice to tie the game at 1-1, and kept the pressure up, which finally paid off again at the 17:48 mark to take a 2-1 lead into the final frame.  The Whalers fired 22 shots on net in the middle frame.  In the 3rd period, the Whalers continued to pressure the Generals who continued to play undisciplined.  With just 2:02 remaining, the Whalers found the insurance marker they needed to go up 3-1 and with :07 seconds left sealed it with an empty net goal to seal the 4-1 win and 2-1 series victory.

The Whalers held a 49-40 shot on goal advantage. Hampton Roads went 2 for 10 on the power play while Richmond was 0 for 2.  The Generals took 45 minutes in penalties, which saw 2 double minors, a major, and 2 misconducts.

In total, the Whalers finished the season with 6 wins and 3 losses against the Generals.

In game 1 on Friday for the Whalers Premier team, the boys put forth a solid 60 minute effort against the Carolina Eagles.  The Whalers fired 11 shots on net in the opening period, and struck at the 8:58 mark to go up 1-0 after 20 minutes of play.  In the middle frame, the Whalers would strike again at the 6:40 mark to extend the lead to 2-0, and would again strike at 13:10 on the power play to make it 3-0 heading into the final period.  In the 3rd, the Whalers worked fast, striking just :30 seconds into the period to go up 4-0 and suck any life out of Carolina as the Whalers cruised the rest of the way for the game 1 win.

Brendan Borg, John Moncovich, Joe DiGiulio, and Kirill Romanov each scored once for the Whalers.  Brandon Osmundson had 3 helpers, while Kirill Romanov, Jared Sanchez, Brandon Leitz, and Jaxon Rutkowski each had 1.  Sean Dickson made 23 saves in net for the shutout.

The Whalers held a 34-23 advantage in shots on goal.  Hampton Roads finished 1 for 4 on the power play while the Eagles were 0 for 4.  Zach Zalar, Hayden Knight, and Riley Wagner all missed the series for the Whalers with injuries.

In game 2 on Saturday, the Whalers surrendered their first goal of the series just 3 minutes into the frame on the power play as the Eagles went ahead 1-0.  From that point on, the Whalers faced a red hot Karl Zodda in net for the Eagles, who denied chance after chance for the Whalers to keep the Eagles up 1-0 after 1.  In the 2nd, Zodda continued his hot play, as the middle frame went scoreless, as the Eagles held the 1-0 advantage going into the final frame and looking to even the series.  In the 3rd, the Whalers finally broke the ice at the 6:48 mark on the power play to tie the game at 1-1.  The game would remain that way until the final 2:51 of the contest when the Whalers struck on a net front scramble to take the 2-1 lead. The boys would hold serve against the Eagles late push and hold on to sweep the series with a 2-1 win.

The Whalers went 1 for 8 on the power play while the Eagles went 1 for 3.  Since the start of the USPHL in 2012, the Whalers have now made the league championship weekend in Boston every single season. The Whalers finished the season with a 7-1 record against the Carolina Eagles. 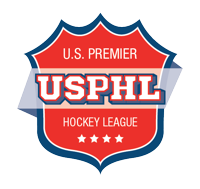 For the 2nd time in the last 3 years, the Whalers will send both teams to Boston for a chance at the 2017-2018 USPHL Championship March 7th-10th.

The Whalers Elite team will be joined by the Charlotte Rush in the Southeast Division, plus 2 teams each from the Florida, Mid-Atlantic, and North divisions once their round 1 is complete.  The teams will be split into 2 brackets of 4 for round robin play March 7th and 8th, the top two teams in each bracket advancing to the semi-finals on March 9th with each semi- winner competing for the USPHL title on March 10th.

The Premier team will also be joined once again by Charlotte in the Southeast division, plus 2 teams each in the Florida, Mid-Atlantic, North, Mid-West (East), and Mid-West (West). The teams will be split into 4 brackets of 3 teams each for round robin play March 7th and 8th, they will play the two teams in their bracket plus one crossover game.  Each of the 4 bracket winners will advance to the semi-finals on March 9th with the semi-final winnners competing for the USPHL title on March 10th.

Full schedule and preview will be released once all divisional round 1 series are complete. 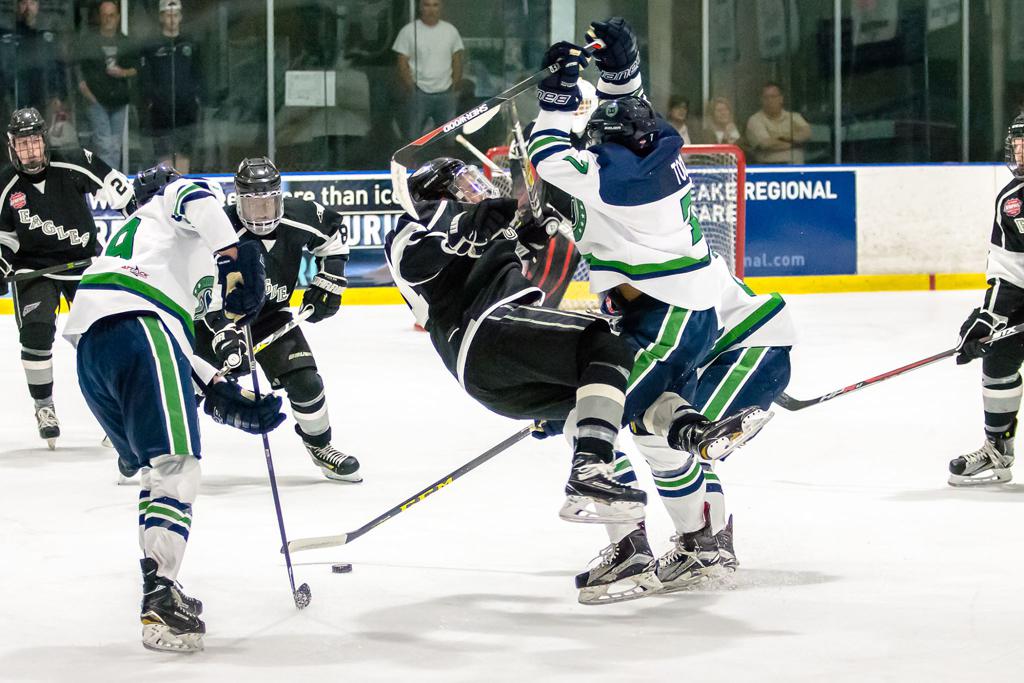 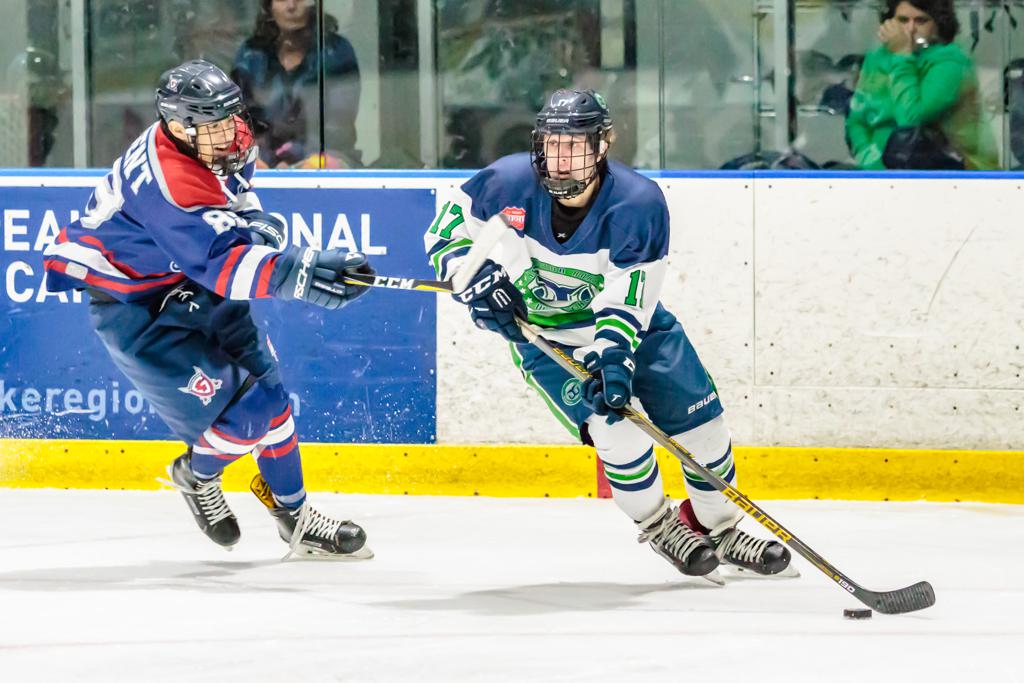 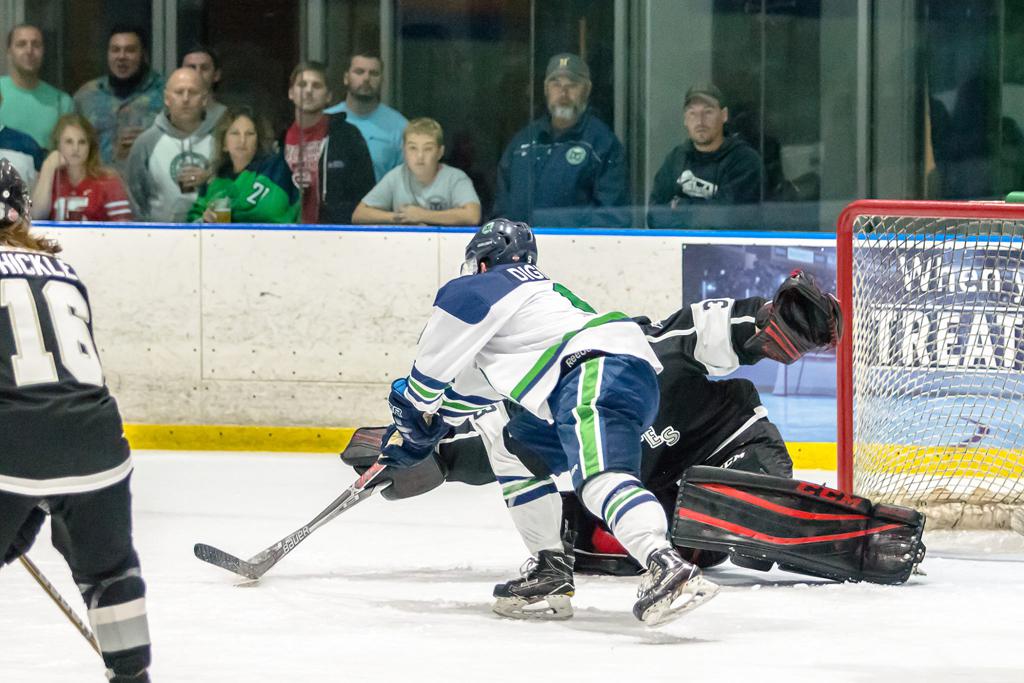