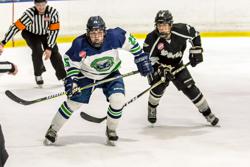 On Saturday night the Whalers came out with purpose and dominated the game from the drop of the puck.  The Whalers jumped out to a 2-0 lead in the opening period before Carolina responded on the power play to cut it to 2-1.  With just 5 seconds left in the period the Whalers would strike again to take a 3-1 lead into the break.  In the middle frame the Whalers quickly made it 4-1, with Carolina answering at 10:42 to make it 4-2.  Just under 4 minutes later the Whalers would extend the lead to 5-2.  In the final frame, the Whalers tightened the clamps, outshooting the Eagles 17-7 and finishing off the 5-2 win.

The Whalers held a 40-29 shot on goal advantage.  Hampton Roads went 2 for 7 on the power play while Carolina was 1 for 3. 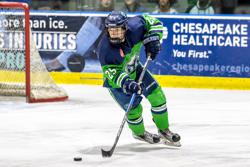 On Saturday the Whalers Premier team continued their recent run of dominate play, as they peppered the Eagles early and often, taking a 2-0 lead after 20 minutes.  In the middle frame, play would balance a bit, but again, it was the Whalers who would score twice and take a 4-0 lead into the final frame.  In the 3rd period, the Whalers onslaught continued, as they scored two more, Carolina tacked on one, and the Whalers cruised to a 6-1 win.

The Whalers held a 36-20 shot on goal advantage.  Hampton Roads went 1 for 7 on the power play while Carolina was 1 for 6.  The two teams combined for 109 penalty minutes. 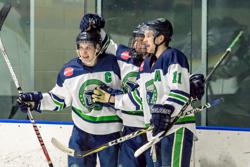 Sunday’s Premier game was a tighter checking affair.  The Eagles played with more jump, and goalie Karl Zodda made some huge saves in the opening to periods to keep it close.  The Whalers struck in the opening two minutes of the 1st period to take a 1-0 lead after 20.  In the middle 20, the Whalers struck on the power play and took a 2-0 lead into the final frame.  In the 3rd, the Eagles used an early onslaught and an early power play to outshoot the Whalers 9-2 and capitalize on the man advantage to narrow the lead to 2-1.  The Whalers would look to right the ship and would regain the 2 goal lead with just 7:01 to play.  With less than 3 minutes to play, the Whalers drove the final nail home to make it 4-1 and solidify the weekend sweep.

Adam Toor, Hayden Knight, Joe DiGiulio, and John Horn scored goals for the Whalers.  John Moncovich and Brandon Osmundson had 2 helpers apiece, while Jared Sanchez, Connor Hunt, and Kirill Romanov each had 1.  Sean Dickson made 24 saves for his 3rd straight win in net.

The Whalers held a 36-25 advantage in shots.  Both teams finished 1 for 3 on the power play. 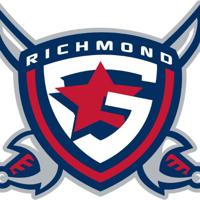 The Whalers will make the short trip down I-64 to Richmond to wrap up the regular season against the Generals at SkateNation.

With the weekend sweep, the playoff picture for the Whalers has been settled.  Both Premier and Elite teams will enter as the #2 seed in the Southeast Division.  The Elite squad will face-off with Richmond in round 1 while the Eagles will face Charlotte.  On the Premier side, the Whalers will face-off against Carolina while Richmond gets Charlotte.  Both Atlanta and Potomac have been eliminated from contention in both divisions. 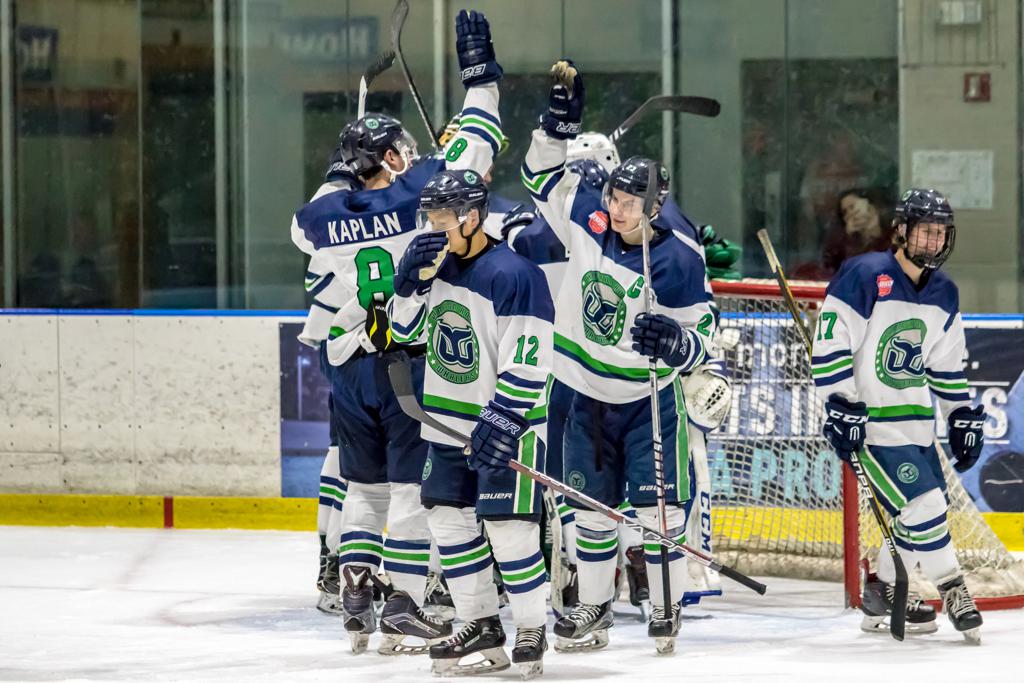 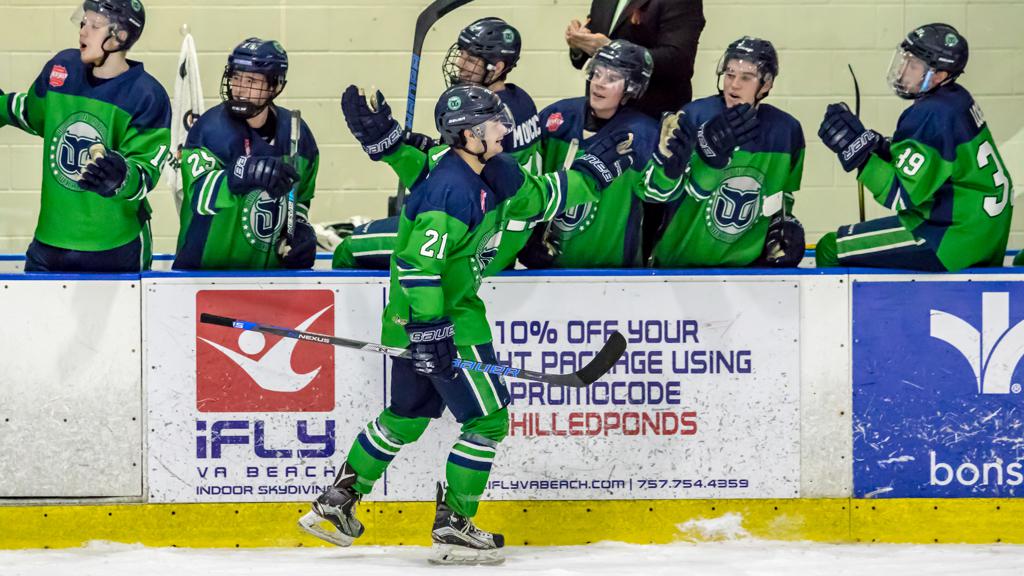 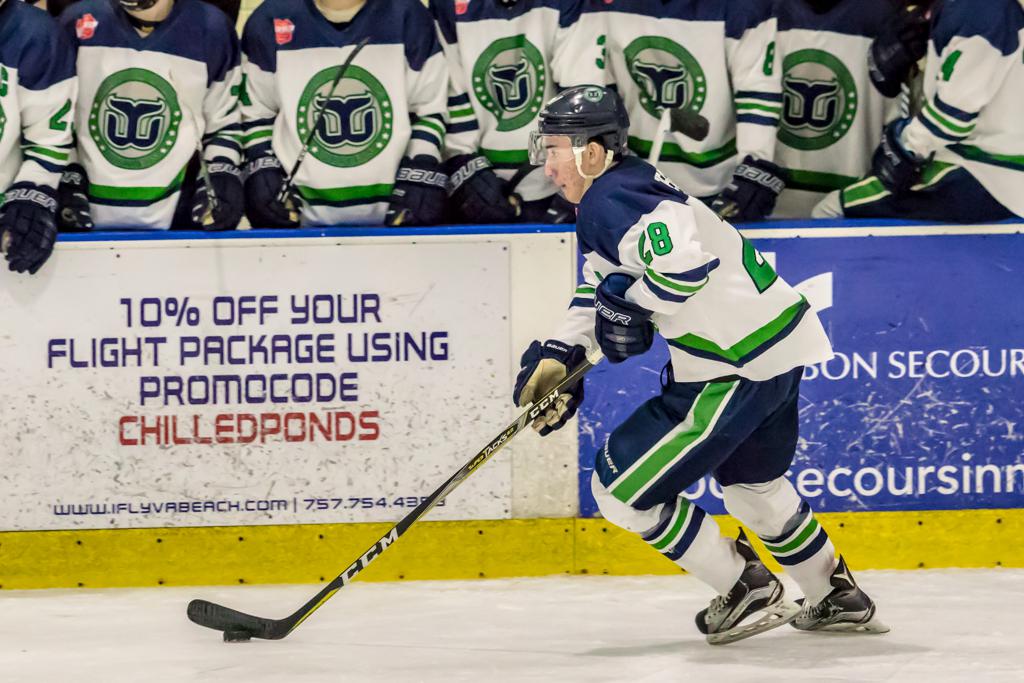 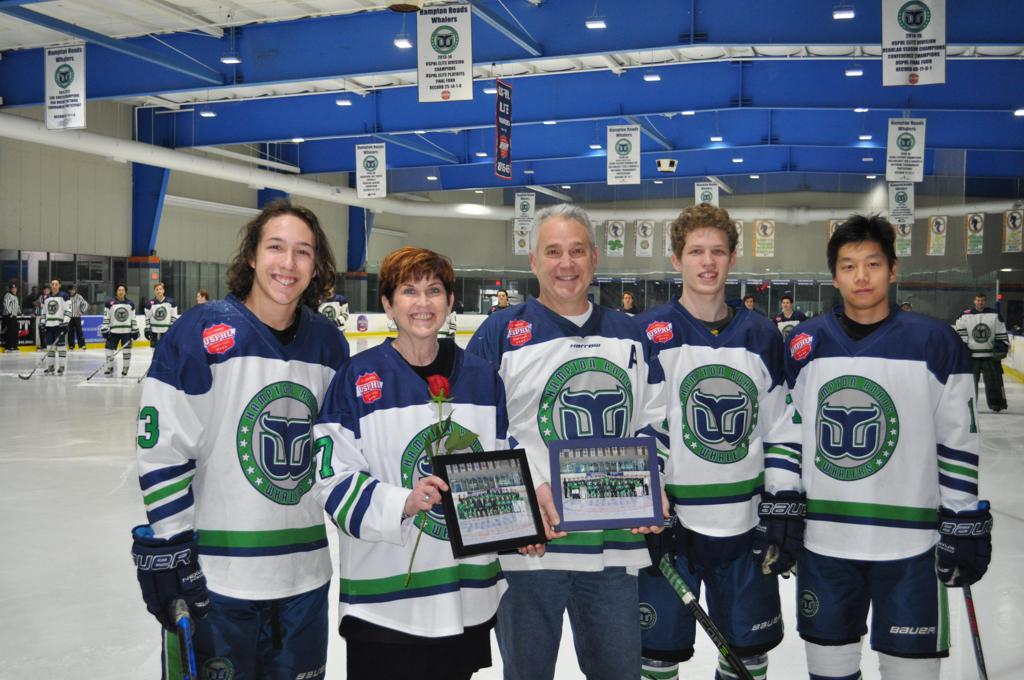 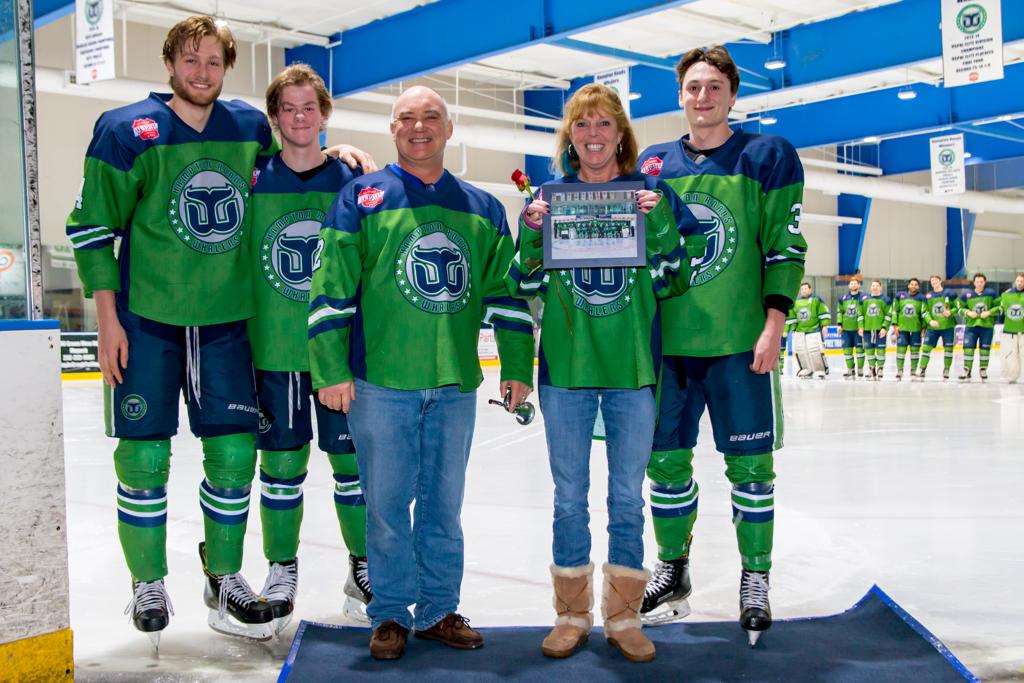 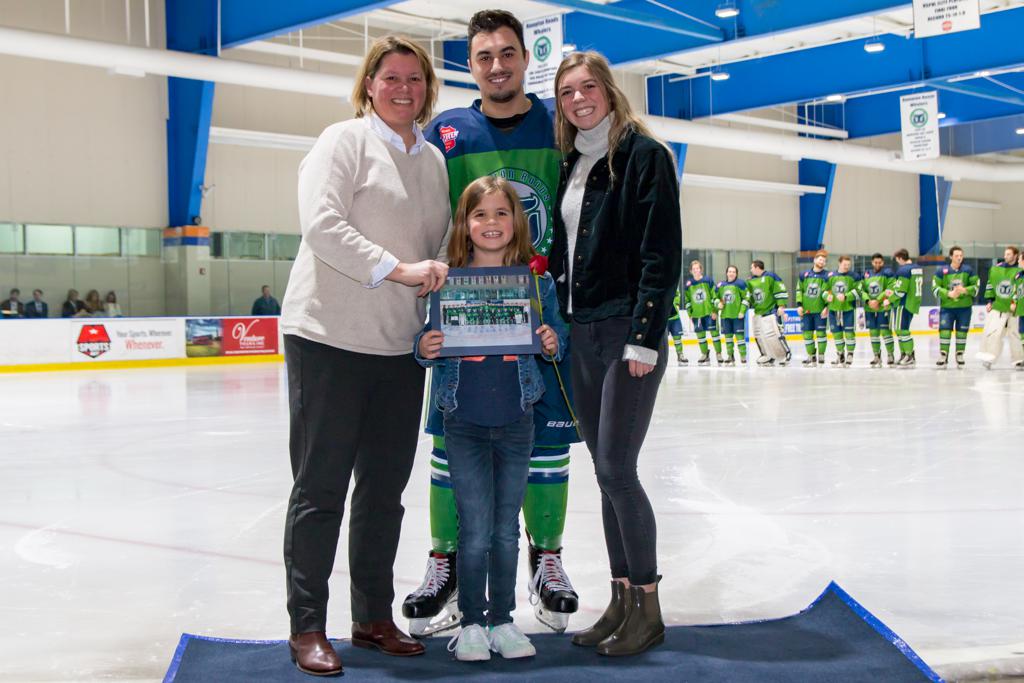