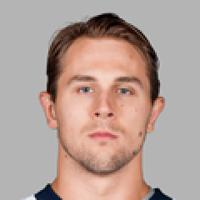 The Hampton Roads Jr. Whalers, proud members of the USPHL, are excited to announce the addition of Colten Teubert as the new Elite Head Coach and Premier Assistant coach for the 2021-2022 season.  Teubert will also head our Learn to Play Hockey Program.

Teubert, a White Rock British Columbia native, was previously in the role of Head Coach/General Manager of the Bellingham Blazers of the WSHL and Hockey Director of Whatcom Sports and Recreation.

“ I am very happy and honored to be joining the Hampton Roads Whalers", stated Teubert. "This was not an easy decision to bring my family across the country from the Pacific Northwest to Whaler Nation but after meeting with owner Patrick Cavanagh and General Managers Brad Jones and Ryan McGinnis, I knew it would be a perfect fit for myself and my family. I look forward to helping contribute to grow the game of hockey in Virginia and develop and train some of the best Whaler athletes on and off the ice and in the community. The work starts now, I am ready for this new and exciting hockey journey and look forward to bringing my All in All Heart mentality to hockey in Hampton Roads.”

Colten was the first overall draft pick by the Regina Pats in the 2005 Western Hockey League (WHL) Draft where he played four seasons.  During his time in Regina, Teubert represented Team Canada in the 2008 World U18 Championships where he won a gold medal.  He also played for Team Canada in the World Junior Championships in both 2009 and 2010 where he won a gold and silver medal respectively and served as the alternate captain.

In the 2008 National Hockey League Draft, Teubert was selected by the Los Angeles Kings in the first round, the 13th overall pick.   He started his professional career in 2011 with the Ontario Reign but in February 2011, the Kings traded Teubert to the Edmonton Oilers where he made his NHL debut during the 2011-2012 season.  In 2013, Colten played his 1st of 5 seasons in Germany in the Deutsche Eishockey Liga (DEL).

“I am excited to welcome Colten and his family to Hampton Roads and get to work”, stated General Manager Brad Jones.  “Colten brings a strong resume as a player, his strong work ethic, passion, and commitment to better himself and his players will strengthen the Whalers program. Colten will continue to fit our Championship culture and will provide tremendous opportunity for our player’s continued development and advancement to the University level of play".

He and his wife, Ashley and two children, Greyson and Layli, plus 4 dogs and tortoise are excited to head to Hampton Roads and continue to grow hockey and develop the right culture and athletes. 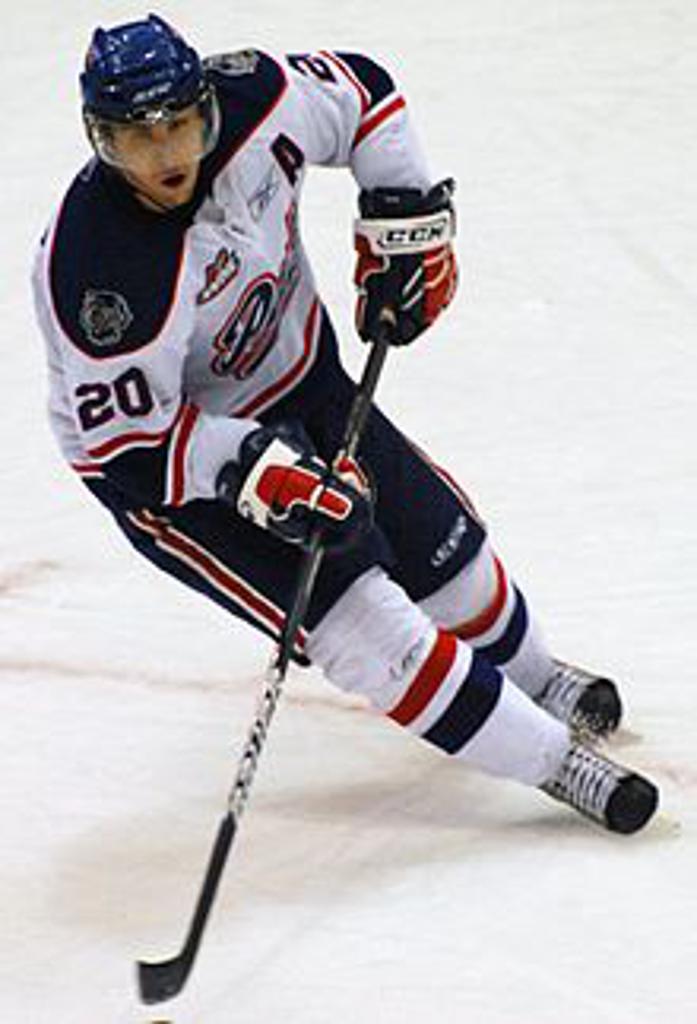 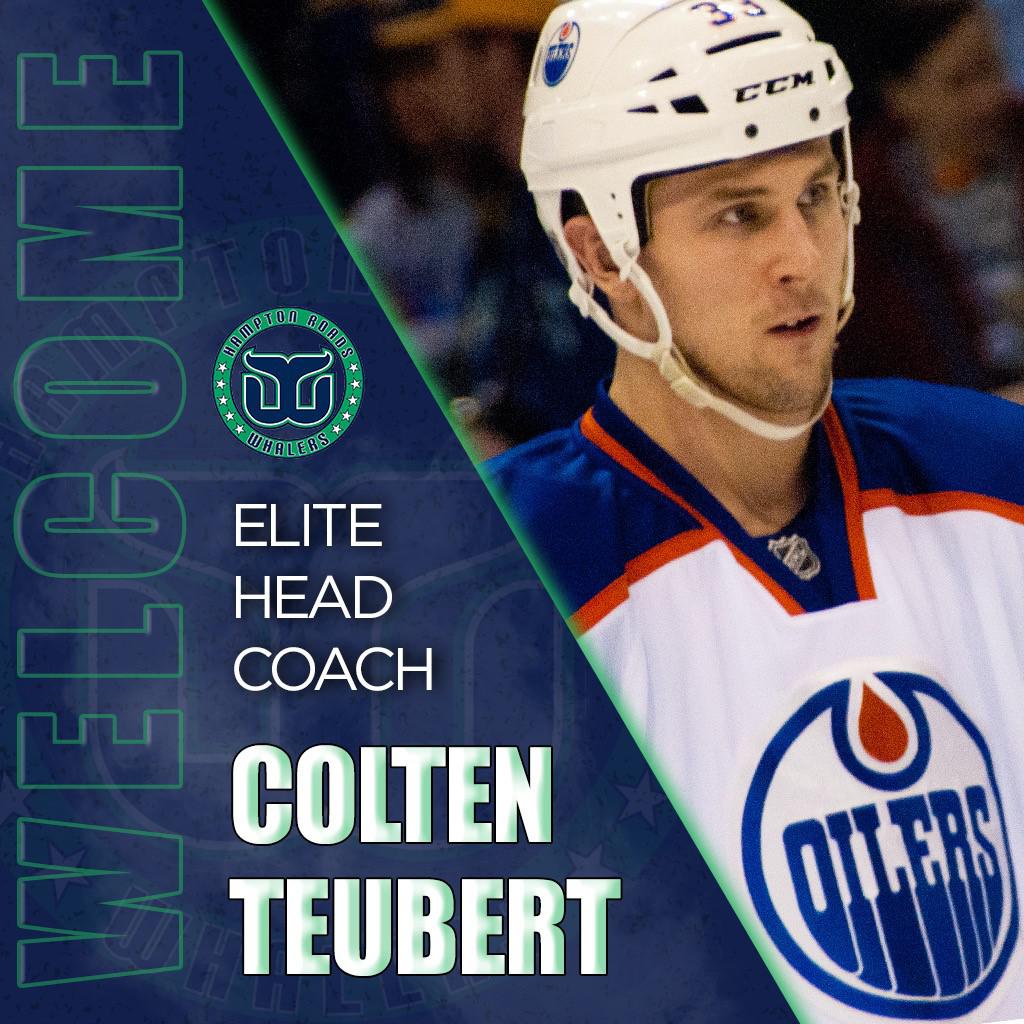 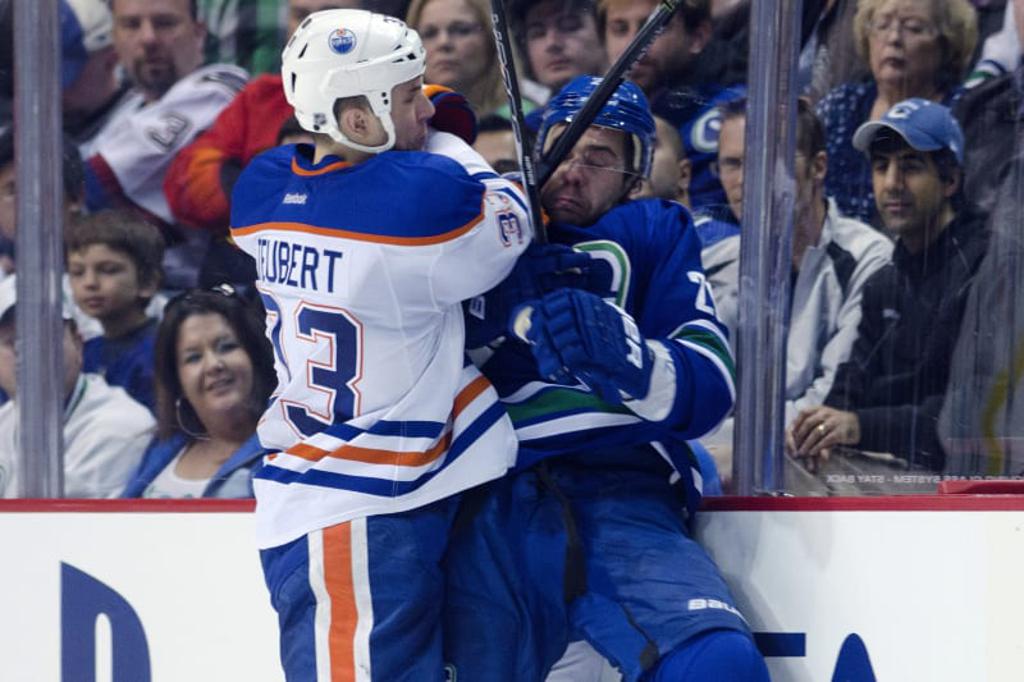