With the 2019-2020 season on the horizon, the Hampton Roads Jr. Whalers are geared up and ready to go this weekend as they open the season against their division rival, the Charlotte Rush. 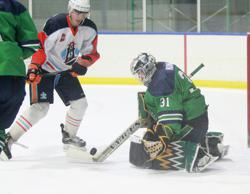 Coming off back to back USPHL Premier National Championships and 3 titles in the last 4 years, expectations are always high for the Whalers.  This year brings about many changes, as the team will replace thirteen 1998 birth year players on this year’s roster, one in which features only 7 players off last year’s Championship squad.  In addition, Greg Gatto will be the new man in charge behind the bench, taking over for Rod Taylor, who takes the reigns of the Norfolk Admirals ECHL team.  Coach Gatto joins the Whalers organization after leading the Odessa Jackalopes in the NAHL for the past 6 seasons.

Up front, returners like Joe DiGiulio, Brady Mistler, Kohl Hedquist, and Jacob Kaplan will look to set the tone.  The Whalers promoted Mark Strazisar and DJ Randle from the Elite squad, and they will look to bring the offensive production they showed last year over to the Premier team.  Coach Gatto will look for offense from new comers like Jack Lane, Kyle Watson, Callen Daily, and Hunter Pappas while the likes Daniel McGeever, Alonzo Colburn, and Conall Muldoon bring size and an edge to their game.

On the back end, the defensive core will be anchored by newly named team captain and returner Thomas McGuire.  He will be joined by fellow returners Nolan Cavanagh and Jack Schwartz while 6’5 newcomer Adam Albert will add plenty of size on the back end. Bobby Brouwer comes aboard with USPHL experience after playing in the division with the Carolina Eagles and shifty puck mover Alan Austria Garcia joins from the Colorado Rampage AAA program.

In goal, the Whalers will rely on the 2 headed monster of Greg Moon and Dominic Rodrigue.  Moon finished 13-1 for the Elite team last season, leading them to the verge of a repeat like their Premier brethren, with his only loss coming in the National semi-final.  French Canadian backstop Dominic Rodrigue knows the USPHL and Whalers all too well, having spent the past 2 seasons in division with the Charlotte Rush and Carolina Eagles, posting back to back seasons with a .934 save% with each team. 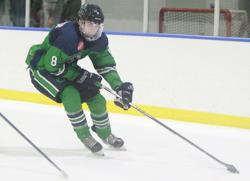 The Whalers Elite team comes into the start of a new season with a chip on their shoulder.  After falling just short of a repeat championship and watching their division rivals Richmond hoist the cup, the Whalers will be out to get back to the top of the USPHL in 2019-20.  This year’s major change starts behind the bench, as Kody Rodriguez takes over the reins from Brad Jones who has led the team the past 8 seasons, and will take over the Director of Operations role for the Norfolk Admirals while staying on as General Manager of the Whalers.  For Coach Rodriguez, this will be his 1st stint as a head coach, after spending the last 4 seasons as the assistant coach for both the Elite and Premier team.  He will have a solid foundation to build on, as the Elite team returns 12 players from last year’s squad and a strong core of recruits.

Up front, the Whalers will look to 7 returners to replace their top scorers from last season.  Newly named team captain Shane Ziegler will be joined by veterans Arun Cibrario, Nate McNamara, Tyler Dienna, Joe Polcaro, PJ Haas, and Liam Smiley. They will be joined by former Whalers midget players Tag Hilliard, Joe Schauer, and Cameron Knowlton.  2002 Patrick Connolly, 2003 Evan Miles, and 2000 EJ Ferris are a trio of players opponents will hate to play against with their strong work ethic, relentless play, and speed.

Defense should be a major strength for this team, as the Whalers are anchored by 4 core returners in Las Vegas native Cam Sylvester, Woodbridge, VA’s Nolan Murphy, and locals Kyle Ball and Michael Bachman.  Newcomer’s Graham Wood and Derek Klein bring a physical, tough, and gritty game to the back end while 2002 Colorado native Colton Bruce brings steady all-around game a massive upside.

In goal, the Whalers should have no problem replacing 2 of the league’s best last year in Greg Moon and Ross Jones.  Veteran Chris Pascal will look to establish himself in the early going after a year of development and a strong off season.  Pennsylvania’s Kenny Vought (01’) and Maryland’s Ty Morton (01’) were both highly sought after recruits and expectations are high for both of them. 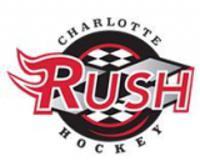 The Whalers open up the new season this weekend, Saturday September 14th at the Chilled Ponds in Chesapeake, VA.  Elite drops the puck at 4:30pm, then Premier will raise the banner and drop the puck around 7:30pm.  Tickets are $10 at the door, which gets you admission to all 4 games this weekend.  The Bay River Band will be performing live throughout the night.